Cardinal Camera Center was started by George H. Seelig, who was a photographic pioneer in the 1920's. His first job consisted of using home made and crude equipment to photograph immigrants from Europe to send to their families. Mr. Seelig at the age of 35 moved from Massachusetts to West Point, Pennsylvania and opened one of the earliest Kodak dealerships in 1937. The business was originally a photographic studio taking pictures of families and doing weddings. However in the 40's and 50's it evolved into a mom and pop type camera store with a large volume of overnight black and white processing with pickup and delivery service among the area drug stores and photo outlets. The photographic studio remained an important part of the operation which was now located in Lansdale, Pa. and was called the Seelig Camera Shop.

Mr. George K. Seelig acquired the business in 1969 when the store name was then changed to Cardinal Camera Center. Black & White processing and the studio were discontinued due to obsolete equipment. Mr. Seelig had a degree in Organic Chemistry from Philadelphia University and up to this time was pursuing a career in research at Wyomissing Corporation in Reading, Pa.

The business evolved into a high volume seller of conventional and video cameras, lens and related products. Cardinal Camera attempted to be the first to stock any new product and aggressively promote the item at a discount price. The store was moved twice, each time into a newer, larger building until it was located at its current location owned by the Seelig family at 810 West Second Street in Lansdale.

Kurt Seelig, after years of working in the business, became the manager and driving force behind the future expansions in the 1990's, when digital cameras and digital products were added. In addition, the store became Cardinal Camera and Video Center and modern in home processing was once again added. New growth was accelerated by a complete renovation and enlargement of the store in 1994 and 2001.

Currently Cardinal Camera has a 6000 sq. ft. location and is one of the largest volume camera stores in the United States. Cardinal Camera features the most modern on site processing of prints, enlargements, E-6, and digital products. 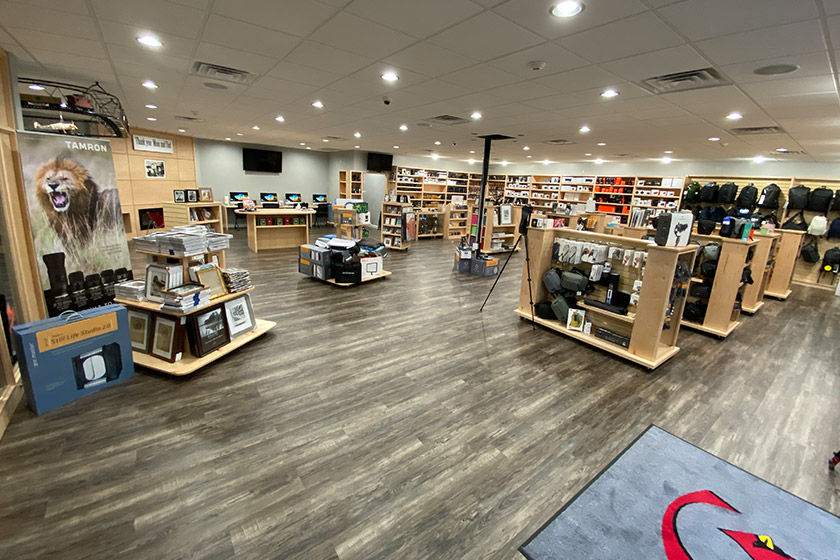